The Music of Compassion

We don’t write a song, we catch it. The spirit writes the song. We catch it from him.

Music’s in my Blood

In the 70s, when the age of the 8-track was yielding to the age of the cassette tape (two ages that will likely be forgotten), my tape recorder was like an appendage.  I recorded songs off the radio so I could listen the them again and again.   Minute by Minute by the Doobie Brothers was a favorite along with Tragedy by the Bee Gees.

Then MTV came along and my world changed. I ditched the tape recorder to spend hours in front of the TV watching Michael Jackson, The Cars, Phil Collins, REO Speedwagon, and others.  The Thriller video was a definite high-point, bringing Michael’s magical voice and his high-energy dance moves into my living room.

After playing the alto saxophone through elementary and high school including stints in concert, jazz, and marching bands, my music-playing career took a break.  Instead, I starting refining my dance moves in the clubs of the Boulder/Denver area.

I can play the guitar!

In 2003, after being laid off from my community-organizing job in San Diego, I picked up the acoustic guitar. Two people inspired this action.  Inspirer #1 was Marshall Rosenberg (creator of Compassionate Communication), who played original music at his presentations. Having seen him in person several times, I knew the melodies to his songs and I had purchased his song book with the chords.  My second inspiration was a friend who played the guitar.  She impressed me with the impromptu songs she created including one about me!

In my newly-abundant free time, I began practicing Marshall’s three-chord songs every morning for up to 2 hours.

Once I had mastered his songs, I was compelled to write my own.  When I first started my business in 2008, I began writing songs about communication.  For several years I wrote songs and performed them at Open Mics around San Diego and at the Variety Show at my church which I founded with another friend (look to the left and above to see a photo of me playing “Hairrogance” [aka I got long hair and I don’t care] in 2006).

Back to Catching Songs

After another break from musical performance coinciding with my move to Flagstaff,  I again broke out the “axe” when I re-started my business in 2016.  Since then I’ve written about a half-dozen new ditties.  In addition to my love of music, I also have a great affinity for words.  Song-writing brings these two loves together and is complemented by my love of performance.

I especially enjoy sharing songs at my trainings. 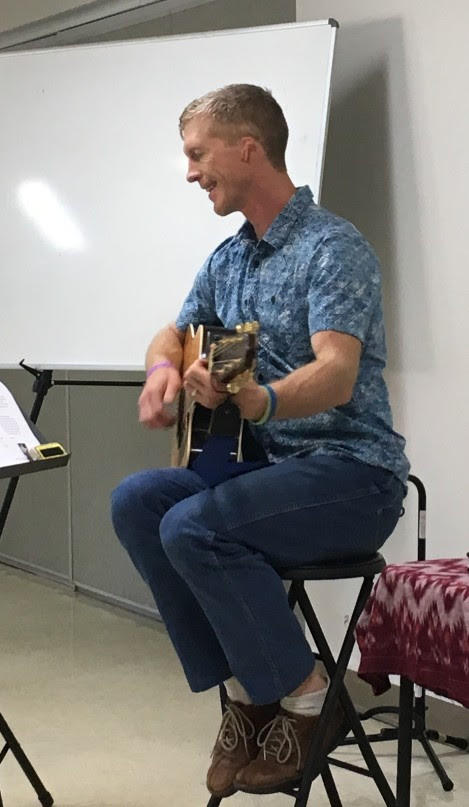 They are a great way to introduce new concepts by accessing another means of learning and they create an “energy” that fits my message.  They also allow me to practice my giraffe vulnerability!

Audiences vary in their willingness to “participate” in the songs and, when they do, magic happens.  Last summer I began my presentation on Self-Care to a room full of young African leaders with my song, “Beautiful” which celebrates our inherent worth.  By the end, everyone was standing and swaying, bobbing, or dancing while doing their best to recite the lyrics.   They certainly got the message!

My newest creation is “To Love Your Enemy” about a simple, yet difficult, path to see the humanity in those whose behaviors we don’t enjoy.  Here’s the chorus: 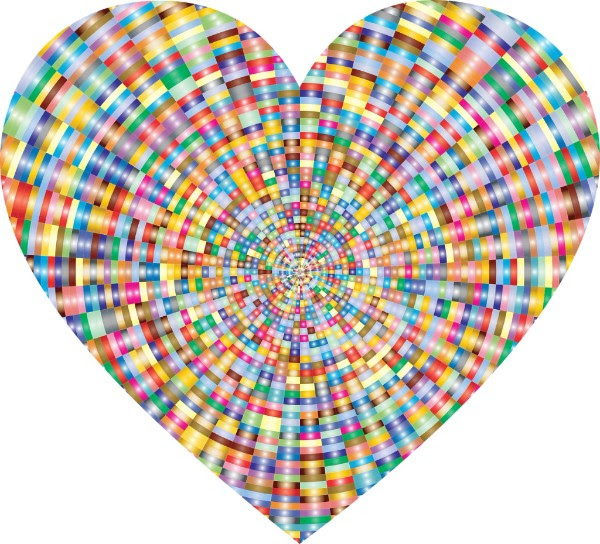 My first public performance of this song happens next Saturday, the 14th at 4:30 at the Flagstaff School of Music.  See this link for details!

Music comes in many forms!  I invite you to find the one that fits you and play it with gusto to help create a world where everyone Communicates with Heart